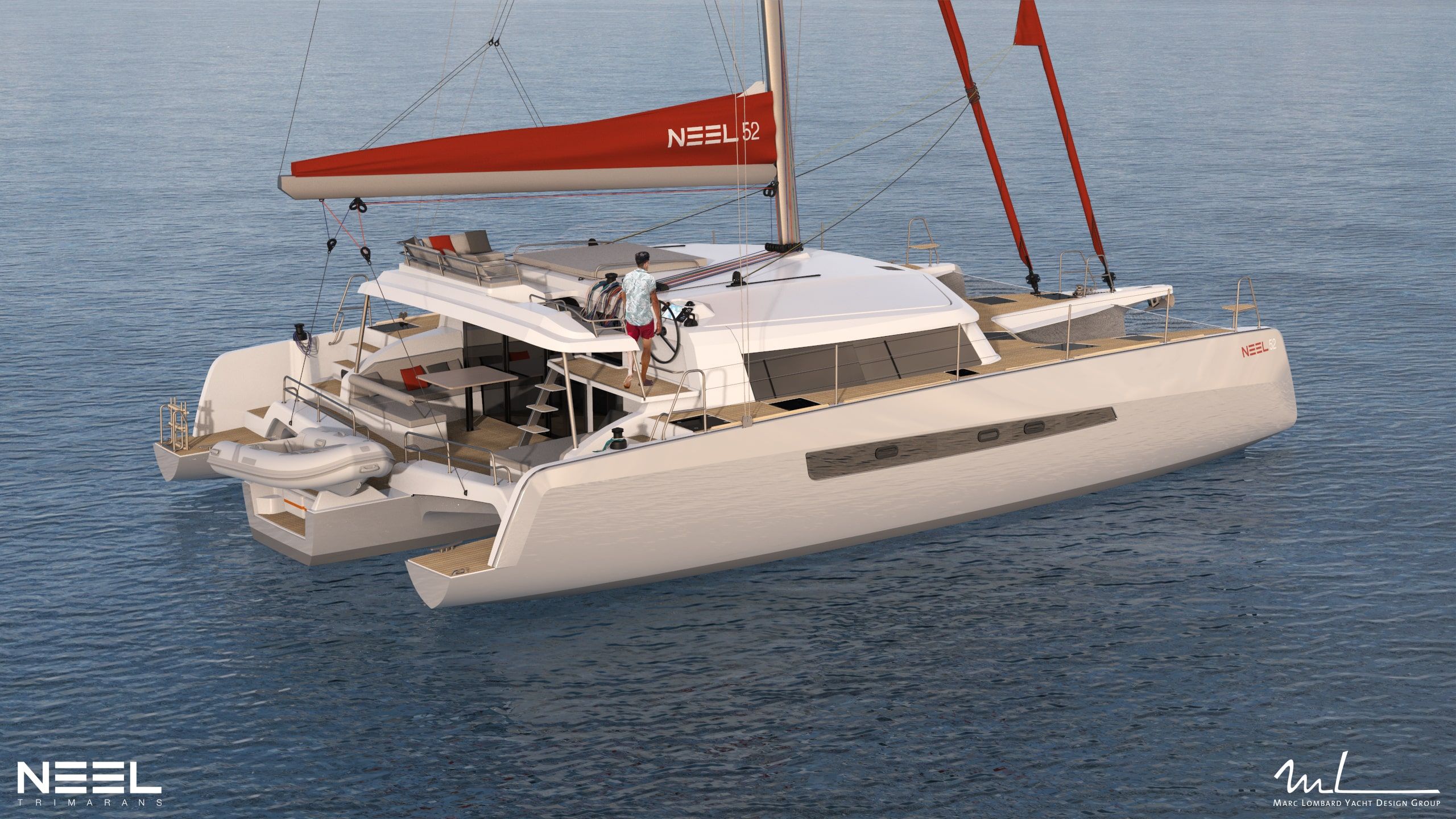 Combining all the qualities on which the success of its predecessors is founded, this model stays true to the range. It is a fast, safe trimaran that accommodates up to twelve passengers yet is easily handled by a small crew. It boasts remarkable seaworthiness, performance (both sailing and motoring), and comfort.

The new NEEL 52‘s construction mirrors that of the other models in the range, using the techniques and materials: Vacuum-infused composite sandwich with triaxial fibre reinforcements.

It is worth noting that NEEL – TRIMARANS uses PVC and PET foams in the sandwich core – unlike other multihull manufacturers who use Balsa, which, though certainly cheaper, alters the quality of the sandwich core as it is more sensitive to water infiltration.

Resins and gelcoats have also been improved with a view to limiting styrene emissions.

NEEL – TRIMARANS are renowned for their unrivalled steering. This stems from the unique rudder design, manoeuvred by textile steering lines on ball bearing blocks. The rudder stock is mounted on self-aligning bearings.

NEEL – TRIMARANS once again entrusts the design of the NEEL 52 to Lombard, following on from NEEL 47 and the NEEL 43.

Basing their design on the NEEL 47 and NEEL 43’s sailing experiences, the Lombard firm has consolidated the positive attributes, the hull’s voluminous floats and high freeboard.

The hulls of NEEL – TRIMARANS combine a central ‘rockered’ hull, which facilitates tacking and manoeuvring when in port, with streamlined floats that provide stability and prevent pitching. The design of the hulls for the NEEL 52 also had to consider the load on long distance voyages. The load capacity of the NEEL 52 is 19.5 tons.

The NEW NEEL 52 is a beautifully-sized

The various configurations of the New NEEL 52 (4, 5, 6 double cabins), with 0,1,2 crew positions are suited to individual owners or charter companies.

The sail plan comprises a mainsail (with 3 reefs) and a staysail on a rolling furler (on a structural wire inside the sail).

The asymmetrical spinnaker makes it easier to comfortably sail downwind.

There are 2 rigging options to choose from:
Conventional rigging: the mast and boom are made of aluminium while the standing rigging is made of stainless- steel wires.

High-performance rigging: the mast is made of carbon with an aluminium boom and the standing rigging is made of textiles (except for the forestay which remains a wire) (70cm difference in height between the two mast versions).

All manoeuvres lead back to the helmsman who enjoys an unobstructed 360° view at the helm.

The NEEL 52 features the renowned Cockloon® , an impressive interior/exterior living space made possible by the wide opening between the cockpit and the saloon. It also incorporates the Full Beam Cockpit® , an extra-wide cockpit with multiple seating configurations that can be rearranged to take full advantage of the different vistas

The helm station is particularly ergonomic and has a triple seat.

Around this area, a secure handrail has been incorporated for safe movement aboard.

The wide, well-protected stern skirts make it easier to access the sea and manoeuvre the dinghy.

In addition, the system for lifting and handling the dinghy has been greatly simplified.

There are various different versions of the NEEL 52available, with 4,5,6 cabins, an owner cabin on one level or a huge saloon, 1 or 2 crew positions, so that you can set up your boat according to your preferences and requirements.

Both elegant and simple, the decoration (high-end upholstery, top-quality carpentry, solid wood, bolon and corian) lends the NEEL 52 a look of timeless distinction and gives the ample living space a calming atmosphere. The living space on one level is highly ergonomic and entirely open plan, offering exceptional luminosity. The kitchen and the chart table face forwards. The panoramic view from this huge saloon is breathtaking.

Flow of movement on board is smooth, and the cabins are accessed via private stairs.

The boat’s pleasant handling, which is unique to the trimaran, has no striking paddles (like catamarans) or rolling effects (as seen in monohull boats). This is made possible thanks to centred weights in the central float. The easily accessible engine room is located in the boat’s central float.

YOUR TRIMARAN DEALER ACCOMPANIES YOU

If you have any questions about the NEEL – TRIMARAN, please do not hesitate to contact your KAT MARINA dealer. The teams will be at your disposal to guide you as best as possible in your choices according to your projects. 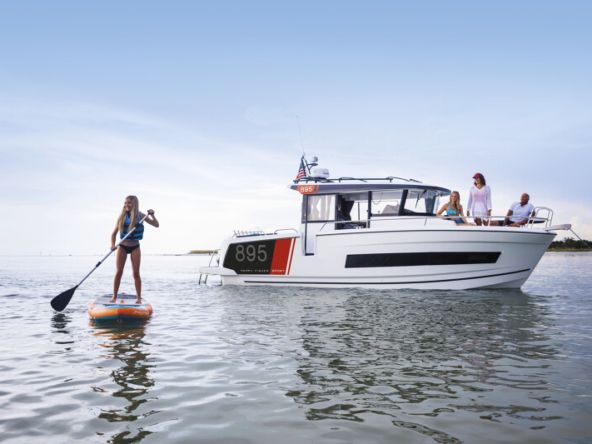 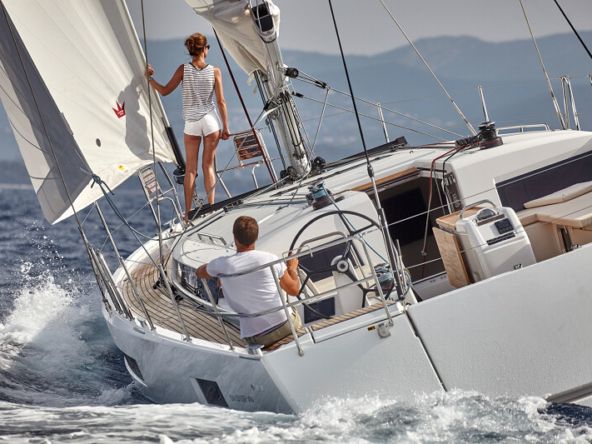 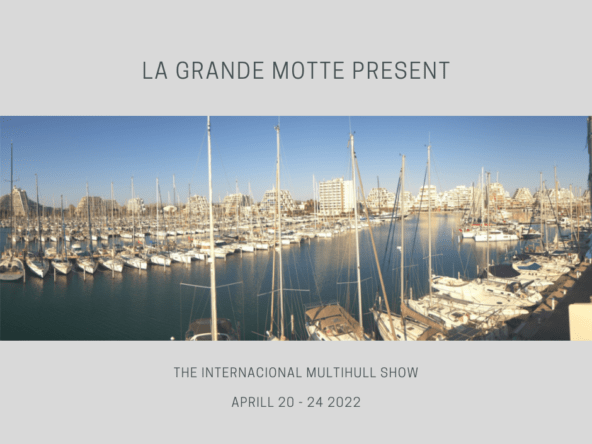