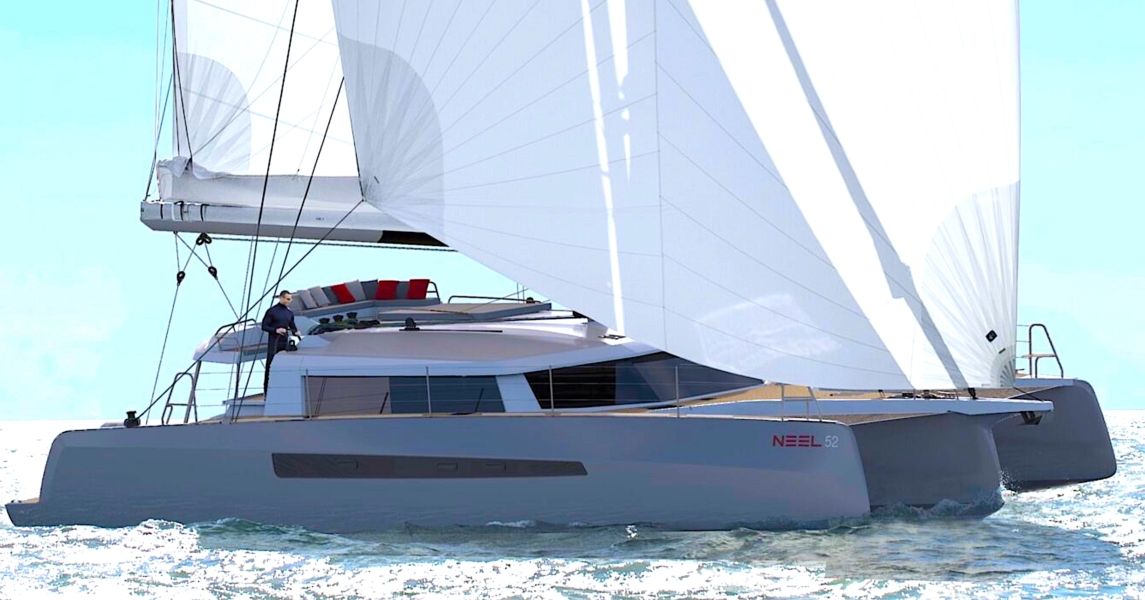 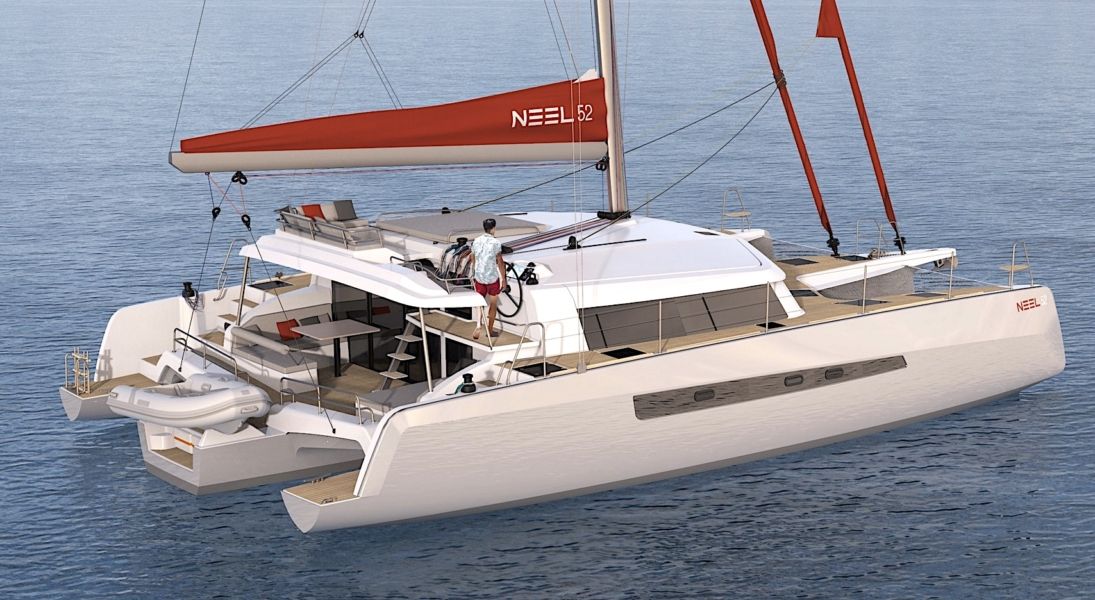 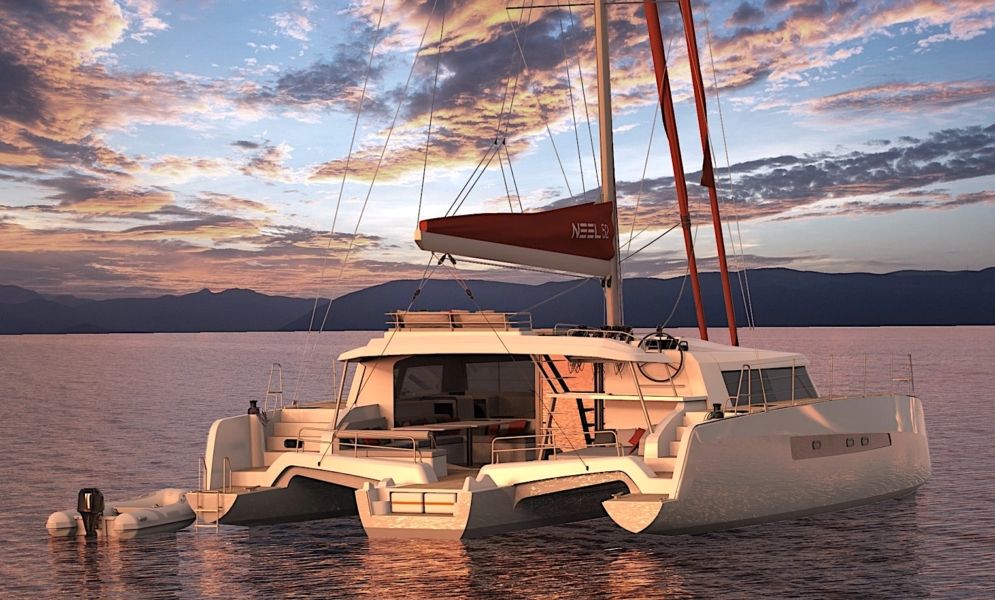 With a modern silhouette, an elaborate designed hull and sleeklines, the NEEL52 exudes power, and elegance with a racy look. A wide deck and voluminus interiors make life smooth and safe.

It has remarkable seaworthiness, performance, and comfort. She is easily handled by a small crew. NEEL trimarans hulls combine a central ‘rockered’ hull, which facilitates turning and maneuvering in port, with aerodynamic floats that provide stability and prevent pitching.

This multihull has an impressive interior/exterior living space made possible by the wide opening between the saloon and the full beam cockpit.

The living space on one level is an entirely an open plan offewring exeptional sensations. The panoramic views fromn the saloon are breathtaking. Both elegant and simple, the timeless design lends the NEEL 52 an exeptional atmosphere.

Este multicasco combine a rocked central hull, which facilitates turning and maneuvering in port, with aerodynamic floats that provide stability and prevent pitching. The design of the NEEL 52 hulls also had to consider loading on long distance voyages. The load capacity of the NEEL 52 is 19.5 tons.

Combining all the qualities on which the success of its predecessors is based, this model stays true to the range. It is a fast and safe trimaran that seats twelve passengers, but is easily handled by a small crew. She boasts remarkable seaworthiness, performance (both under sail and power) and comfort. 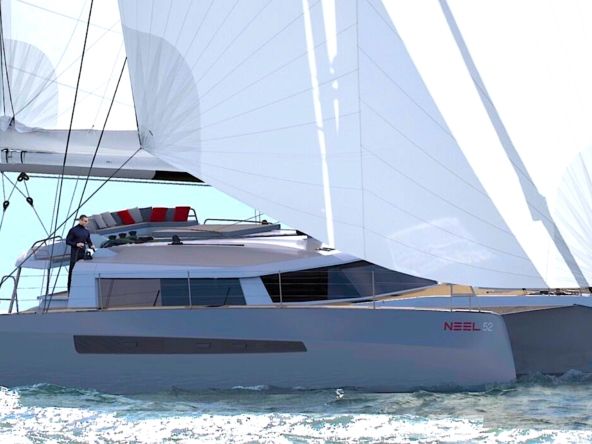 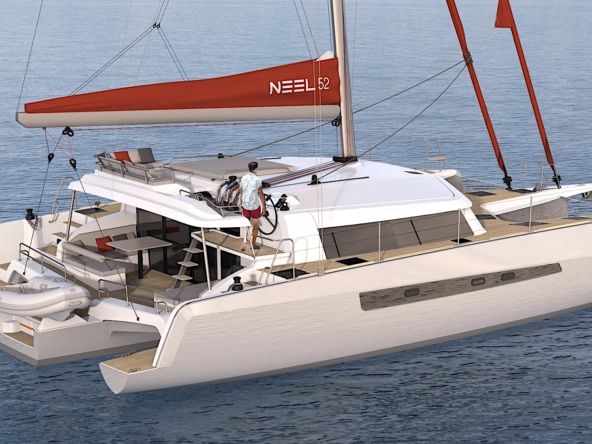 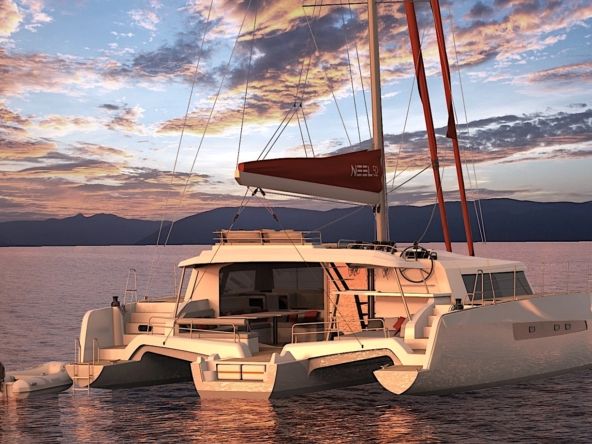 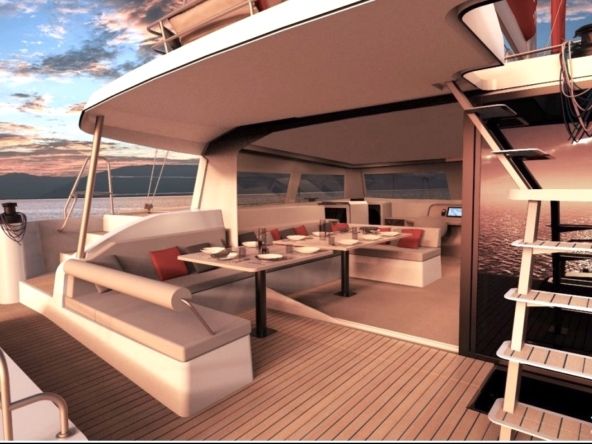 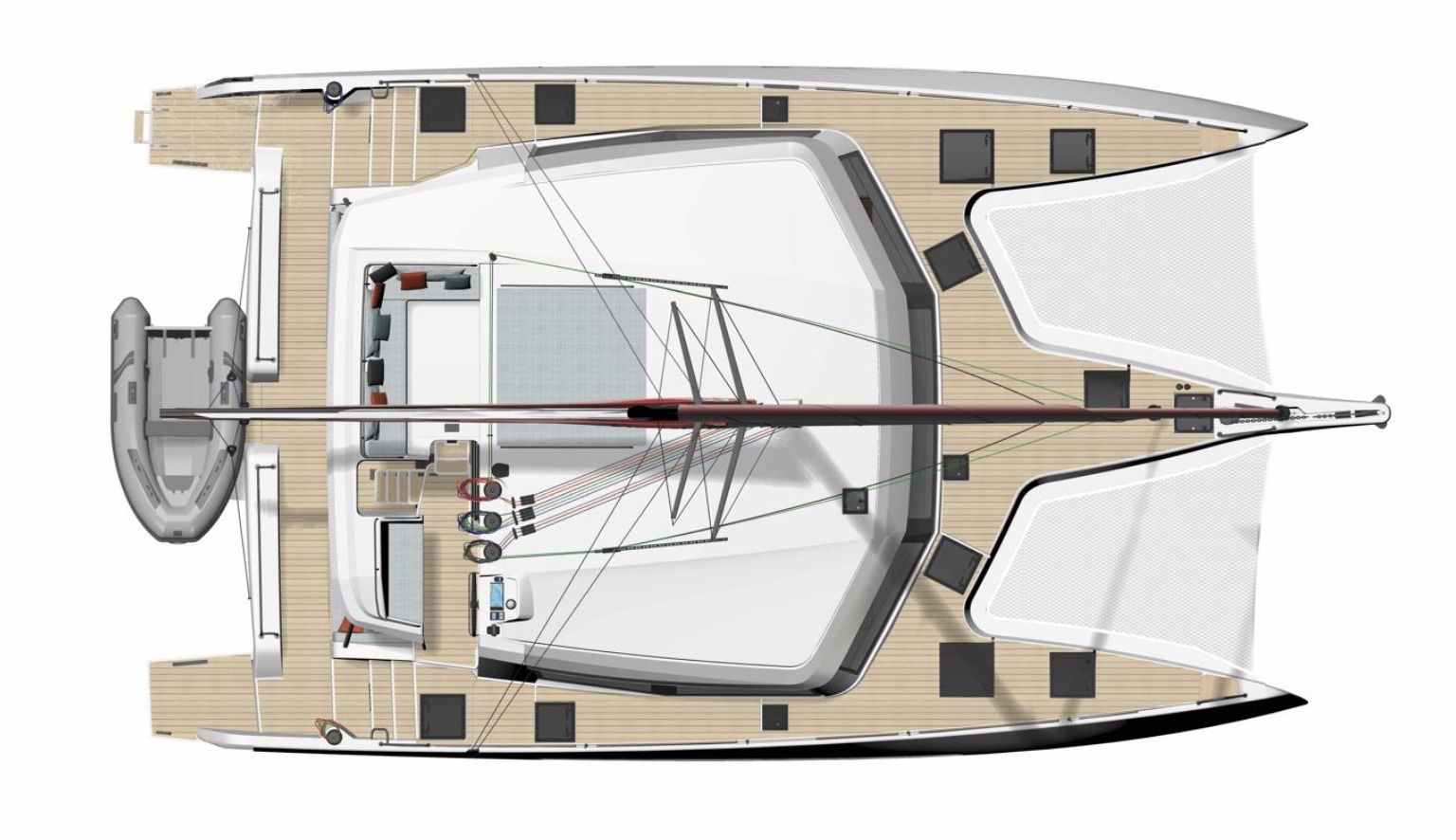 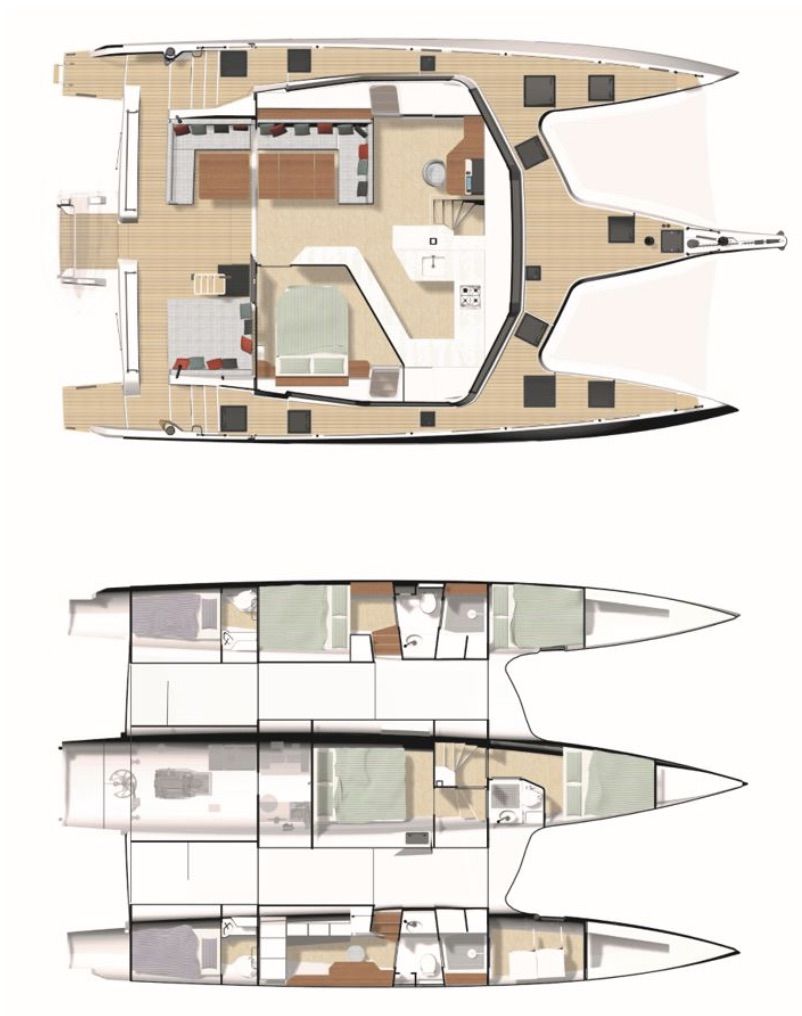 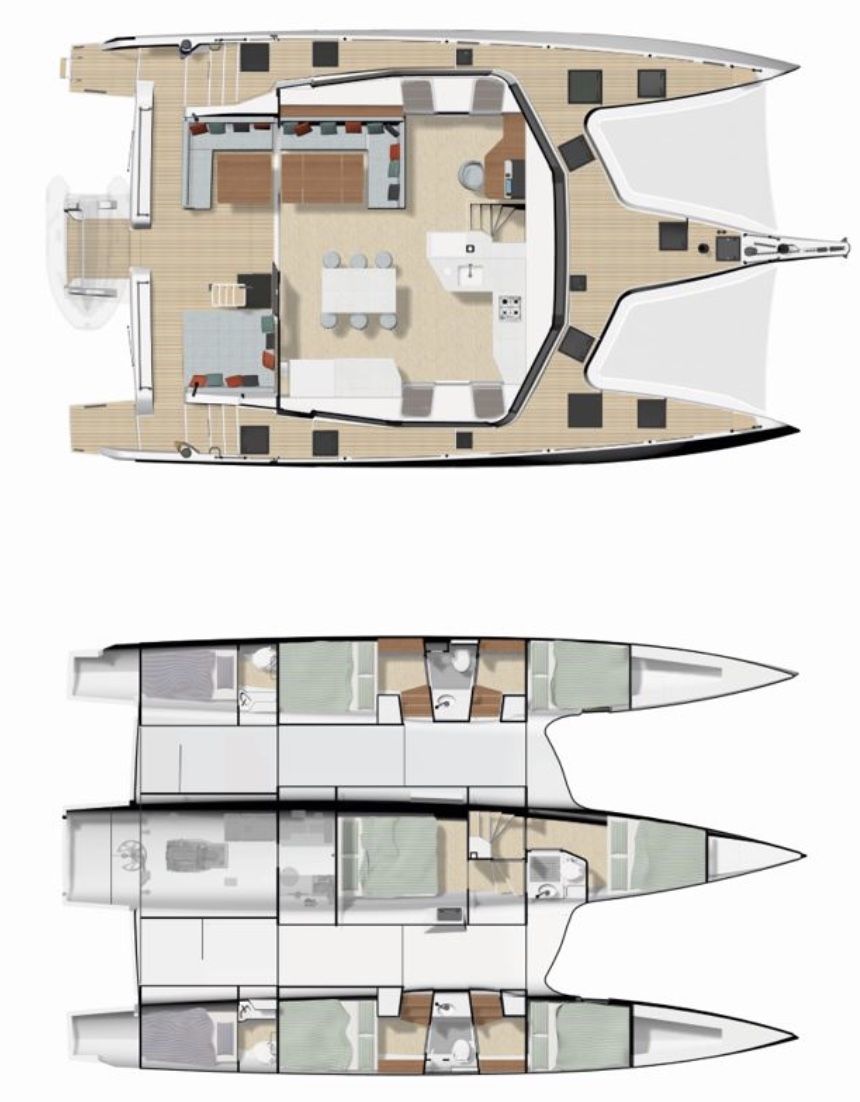 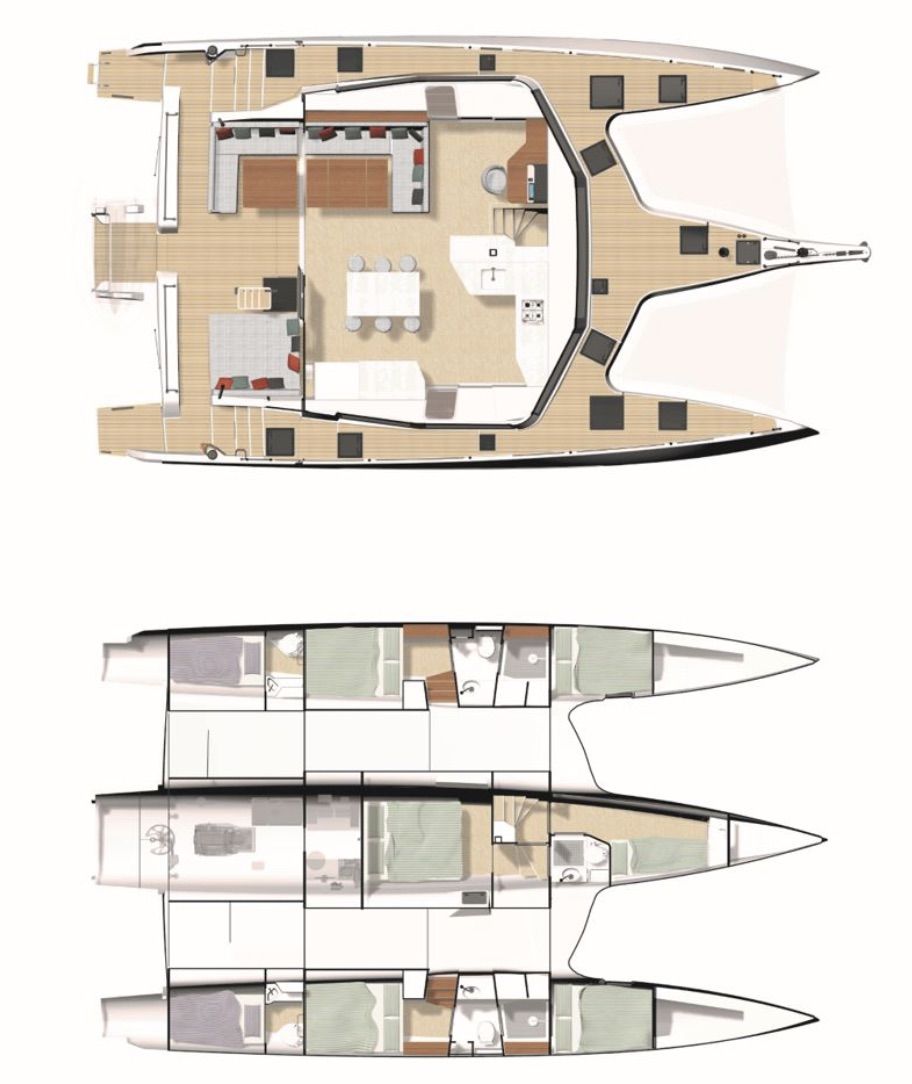 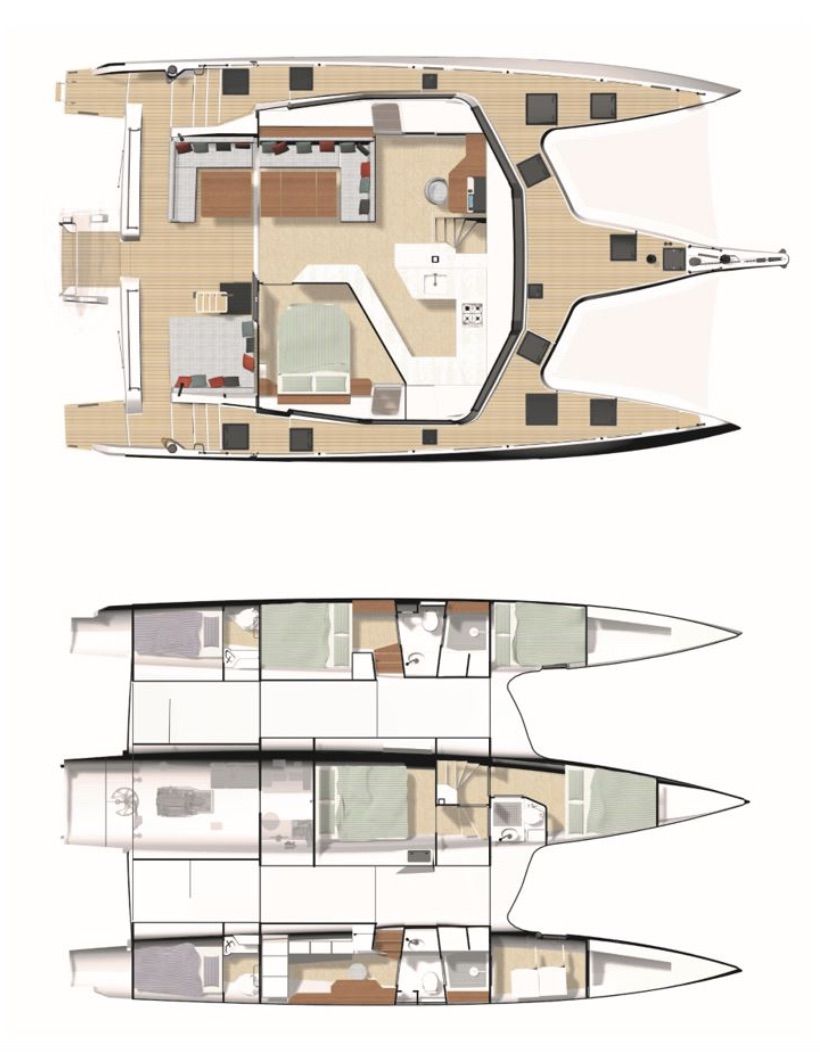 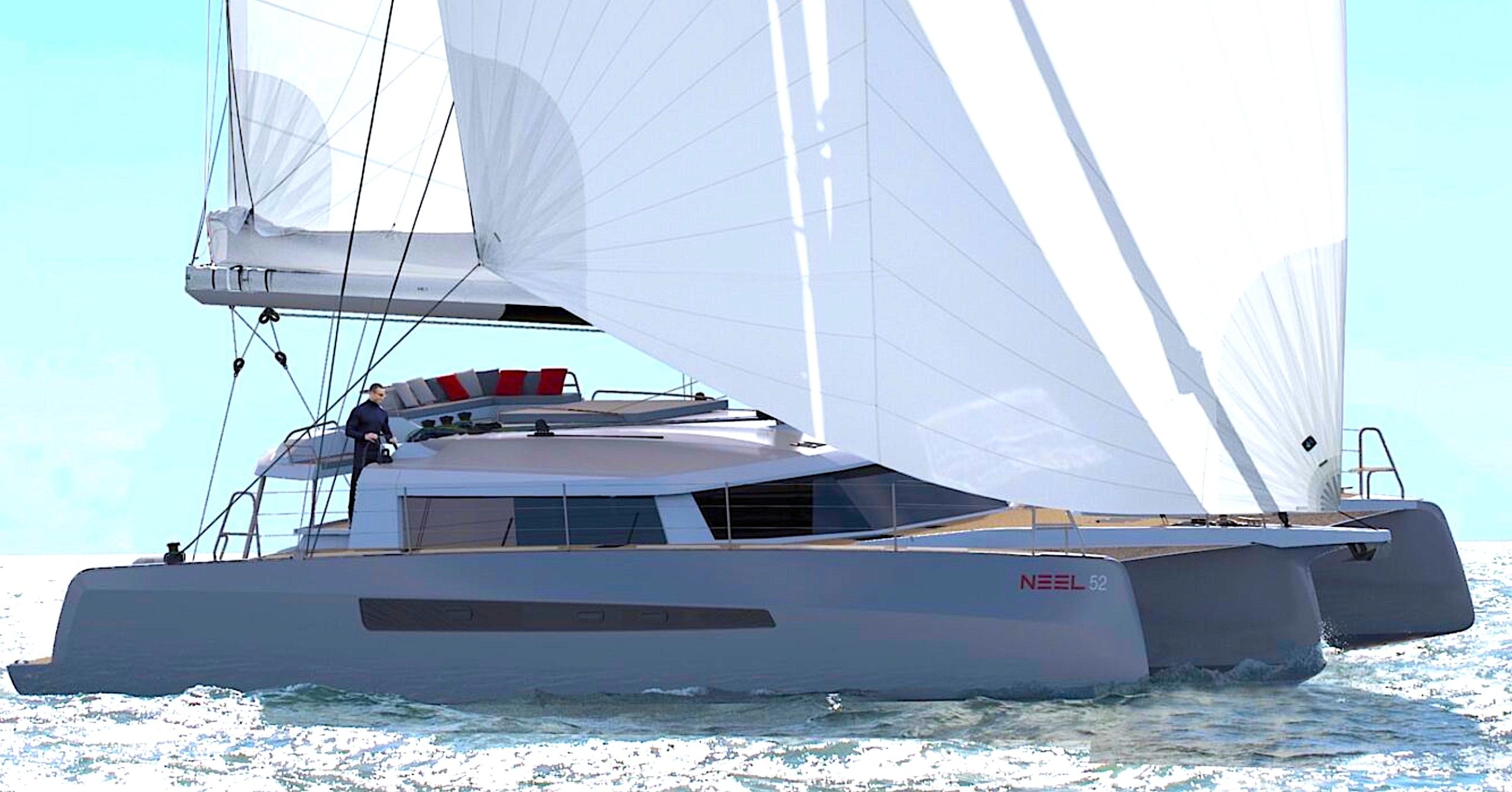 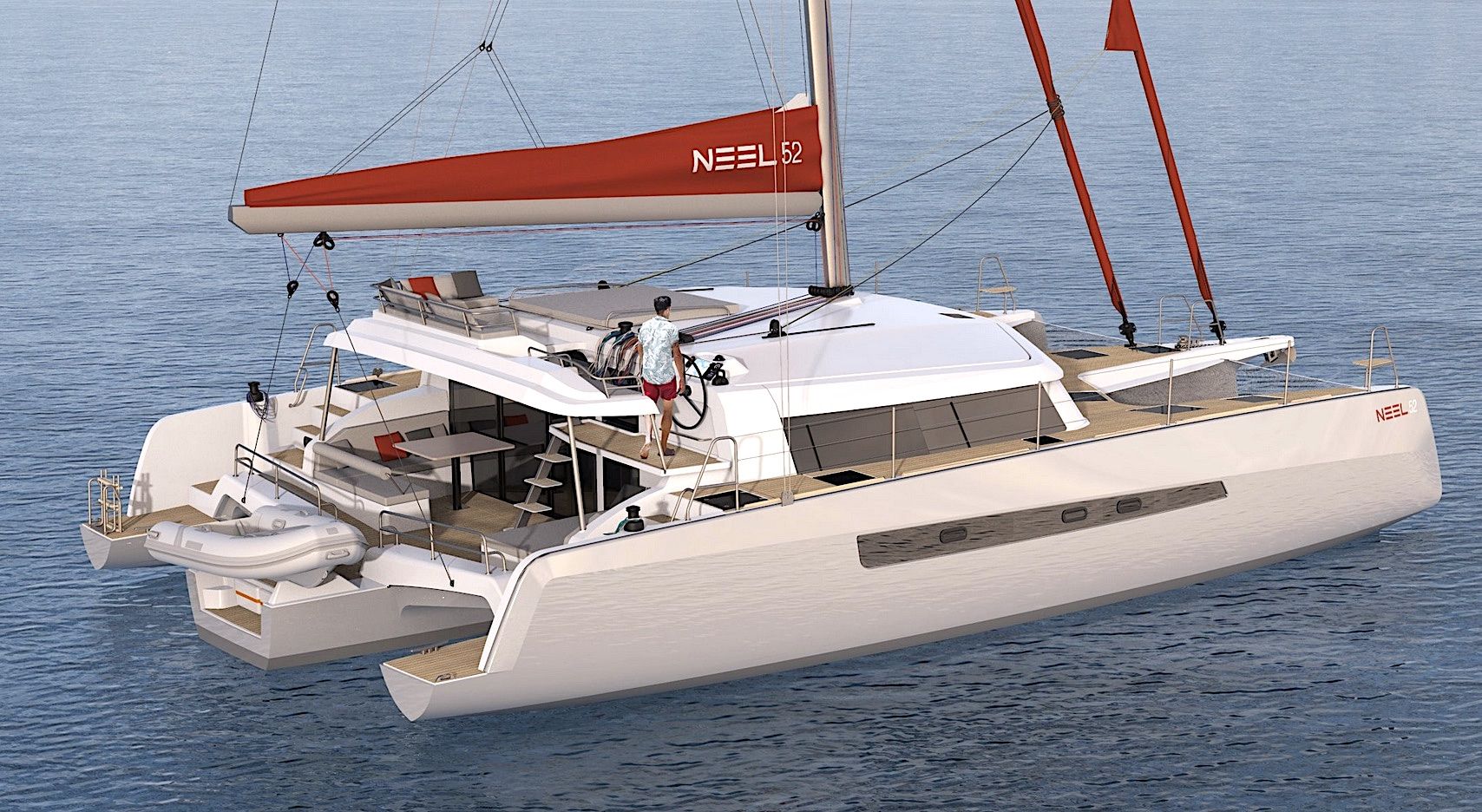 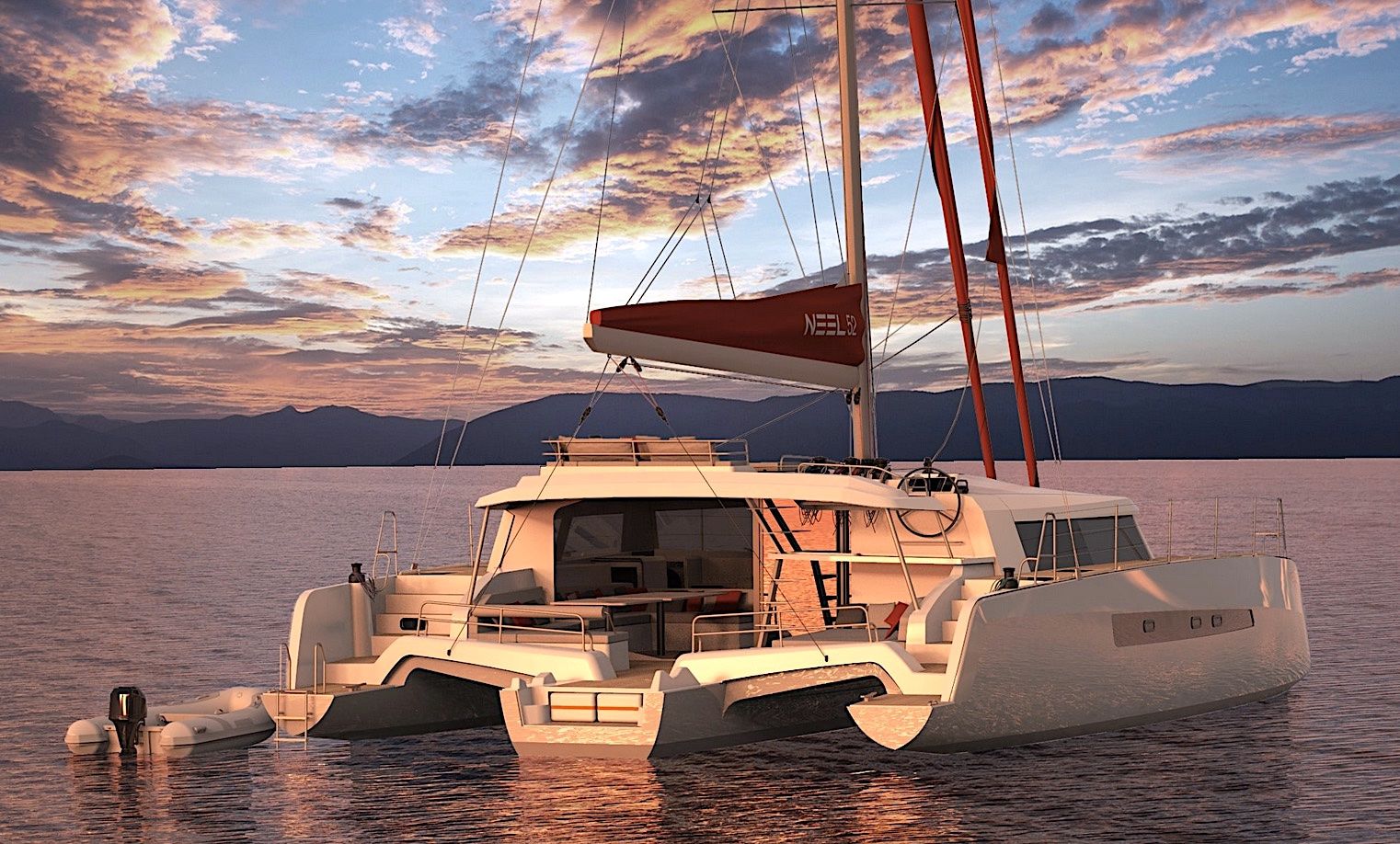 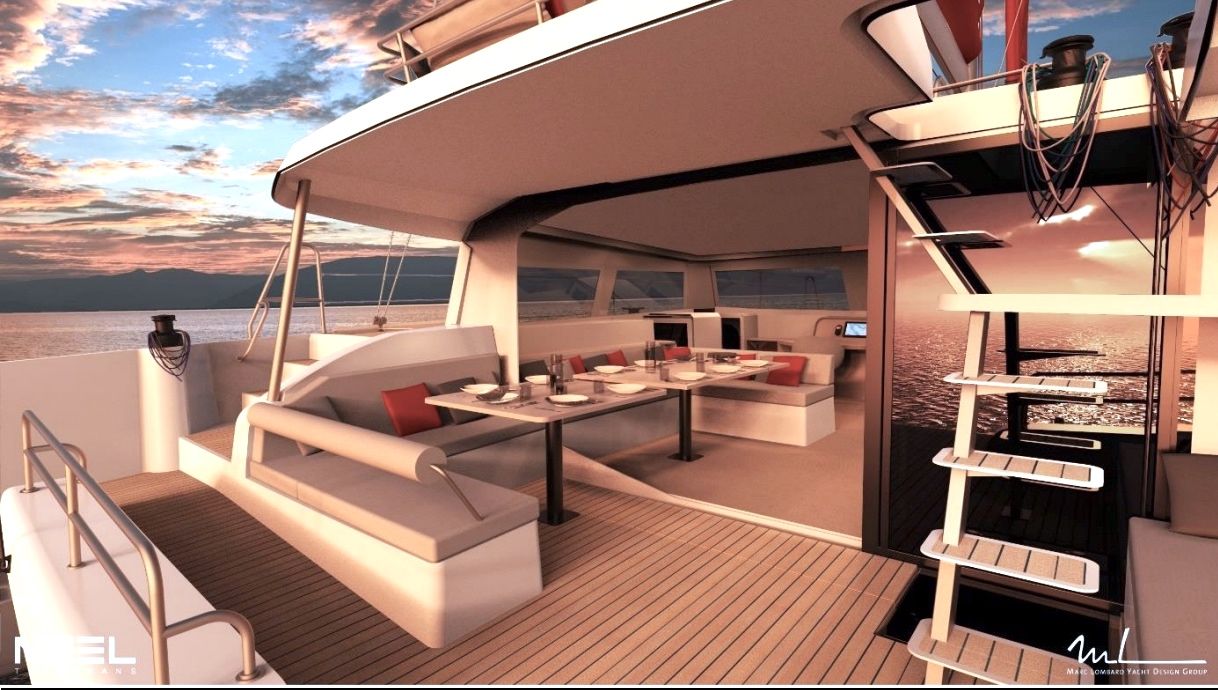