Save the date for the Lagoon Exclusive Days 2023!

These open days are the perfect opportunity to meet and discuss with the Lagoon teams, but also to discover the whole Lagoon universe through its models available to visit in this display:

Locking forward to here from you soon!

Imagine a haven of peace away from home

Luxury and comfort combine with space and light

A terrace on the sea

The company’s roots reach back much further, to 1983, when Marc Van Peteghem, Vincent Lauriot Prevost, and Jean-Francois de Premorel met on the water and later sealed a sailor’s friendship deal to design and build a racing trimaran.

Located in the atlantic coast of France, Lagoon originated as an extension of the competition department of Jeanneau Technologies Avancees (JTA). Inspired by unusual requests and imaginative innovations, such as building trimarans for the film Waterworld in 1995, this period laid the foundation for our ever-evolving innovation.

When Bruno Belmont came to the project headquarters on Jan. 2, 1989, the Lagoon 55’s headroom and salon sizes were criticized. But Vincent believed in the project and pressed on to create the Lagoon 57, and Lagoon launched internationally.

The modern Lagoons were born in the 1990s.

A dynamic team is led by three: Jean-Luc Bonte, who adapts each boat to each client, Frederic Morvant, the salesman, and Yves Bulor, the first skipper of the first Lagoon, who handles the final handover of the catamarans to customers around the world, while speaking almost no English.

Setbacks in the 1990s are tempered by the welcome arrival of Beneteau Group, and in particular Francois Chalain and Dieter Gust. Now, Chalain, the CEO in charge of new products, and Gust, whose CNB superyachts have served as blueprints for future models, see promise in Lagoon and adopt it as a challenge.

The Lagoon and CNB teams felt they would be stronger together than within one of the main Beneteau and Jeanneau brands. With approval from the group’s management, the two smaller units combined and commenced catamaran sailboat design and construction operations in both Vendee and Bordeaux.

The Lagoon catamarans team continued to forge ahead. They developed numerous innovations that have helped test the standard for today’s high-performance catamaran yachts. They created:

Over the last 37 years, CNB has developed strategically: The company’s 100,000 m² site includes six buildings and a 300 m wharf. The shipyard is now connected to the heart of Bordeaux by the Chaban-Delmas Bridge and has nearly 1,000 employees, making it the city’s largest private employer.

Today, Lagoon continues its tradition as a premier sailing catamaran and power catamaran manufacturer, employing industry-leading techniques and dynamic customization abilities to constantly redefine what a catamaran is. 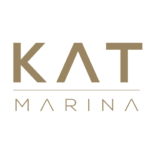 YOUR DEALERSHIP ACCOMPANIES YOU